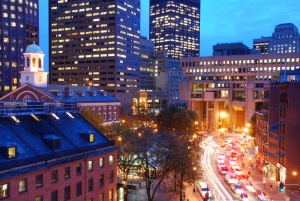 How long did it take you to get to work today? Me? A 12-mile trip took about 45 minutes. My daughter’s bus was running a little late. My son forgot to pack his backpack last night – what a surprise. Construction workers had taken over my “secret” cut-through. And one of the elevators in my office building was out. Again.

Most days, barring a major accident, I get into the office about when I expect, plus or minus 10 minutes. Could I eliminate the variability in my commute time? Sure. Live at work. But most days, I find ways to navigate the obstacles in my path.

Like my daily commute, there is variation in manufacturing. Raw materials from suppliers may not be exactly the same from batch to batch. Multiple pieces of equipment making the same part are not identical. The performance characteristics of parts they produce vary over time. In manufacturing parlance, these are often called common cause variations. Simply put, the real world is full of variability.

This ever-present variability challenges robots in manufacturing. For years, robots have required that everything around them be bolted down so that the environment in which they work is always controlled and exactly the same. Traditional robots can only pick a part from precisely the same place – every time. And put it back down, precisely in the same way, in the same place – every time. Any variation in the placement of the part or the path along which the robot moves the part and the robot simply stops working.

This inability to deal with variability is, in large part, the reason why as much as 90 percent of manufacturing tasks have not been automated. I recently visited a contract manufacturer in Guadalajara, Mexico, where except for the surface-mount technology machines, the equipment was on wheels. Spiders were going up and down the lines bringing parts and taking away assemblies. Production runs last only a few months or even a few weeks. The variability in these environments severely limits the practical application of traditional robots.

And for large-scale implementations of traditional robotics solutions, the inflexibility has significant implications on the ability of the manufacturer to recover the investment. I’ve walked through plants, where the plant manager can point out what product line a given piece of automation was created for and when the last time it produced anything was. One of the automation guys I know calls these “monuments” – they aren’t much more than historical infrastructure. He has a sign posted in his office, “No Monuments.”

No longer. A new breed of smart, collaborative robots are coming online that approach variability in a different way. Rather than assume a perfect world, which can come at the expense of flexibility and agility, these robots can accommodate the changes and normal fluctuations that exist in most modern manufacturing environments.

Advances in hardware and software are making it possible for robots to work seamlessly, cost-effectively and with little integration time, in semi-structured environments. These robots understand the context of the task being performed and possess the cognitive and mechanical abilities to deliver that task. Like their human counterparts, collaborative robots are trained to do a task rather than be programmed to move an object from point A to point B via path Y. When change in the environment inevitably occurs, focus remains on the task at hand and getting the job done.

In these environments, there are two dimensions for which the robot must be optimized. The first is time. Robots must be able to synchronize motion and task with machines and people through signals or directly with sensors. It’s this ability that makes it possible for the robot to collaborate with people – who work at varying paces, who tackle things differently and who need a “colleague” able to accommodate the unpredictability and variability that people bring to the environment.

The second dimension is space. While parts are expected to be presented in an organized fashion, these robots are able to accommodate a few centimeters of variability in part placement and tolerate changes in general location.

Robots today are able to:

These advances mark the beginning of a new era, where robots are able to move beyond assembling the same item for a long time and in volumes large enough to justify the high cost and semi-permanence of the infrastructure. These smarter and more capable robots are working in the real, imperfect and highly variable world and changing manufacturers’ mindsets about where and how automation can deliver real value.