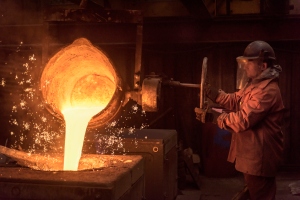 “It’s a great time for manufacturing.” “It’s a horrible time for manufacturing.” The analysis changes almost daily, and depends on the source. My bet, though, is that if you locked 100 manufacturing leaders in a room and told them they’d be there until they came to a consensus about which was a true assessment, you’d get 100 men and women banging on the door demanding to just go back to work. That’s just how manufacturing leaders are – they aren’t much for naval gazing or hand-wringing. They have a lot of real work to do and real-world challenges to wrestle. And what these leaders know right now is that they are in the middle of a transformative time, with a lot of unchartered territory ahead. Beyond that, not much is clear. No wonder that Industry 4.0 will do more than redefine manufacturing – it will redefine what successful leadership in manufacturing looks like.

The Uber-ization of Manufacturing?

Industry 5.0, the era of personalization, looms even as many manufacturers struggle to make the innovations of Industry 4.0 work for them. Navigating the disruptive nature of what the new models for operations require is going to take a lot and right now, there are a lot of theories about the “right” way to get it done. Folks like Elon Musk are quick to criticize the legacy of decades spent learning about what it takes to transform raw materials into finished goods and call for a radical transformation of manufacturing processes. But let’s face it, what Uber has done to the livery business or what Airbnb has done to hotels, is not going to happen in manufacturing on a real scale. Beyond a possible – and not really viable – solution to the labor problem, there’s no gig-economy model for manufacturing. It’s simply too complex. That’s not to say that some aspects of those innovations won’t have a place in the new world of manufacturing – they will. And I’m confident, based on my own experience with leaders in manufacturing, that the tried and true ways of introducing innovation through experimenting, measuring, tweaking and only then moving on to widespread implementation, will serve manufacturers well in figuring out just what works and what doesn’t.

The Power of “And”

Trade-offs. Either/or. How often do strategies come down to a choice between options? It’s easier that way – you can’t have all, so you have to choose. Changing that mindset has to happen, at least in some cases. And it is.

Manufacturers are embracing the “new” workforce models of collaborative robots and people, recognizing that in order to achieve operational excellence in the digital factory, they need both.

I think, as well, manufacturers know that much larger change cannot be achieved by making something that works today incrementally better. They have begun to evaluate investments in innovation based on the efficiencies that can be gained and on the contribution those innovations can make to meaningful differentiation and sustainable growth.

This isn’t an easy time to be leading a company. Successful leaders will be those who

We see them every day in our business. These leaders love what they do, they love what manufacturing does for employees, customers, suppliers and the economy near and far. They know, as I said at the beginning, that they are living in a time that will be historic, and they are excited to be part of something larger than themselves and their companies. I’m sure you know them, too. Tell us about what you see as essential for leadership in the new manufacturing. Tweet me @jim_lawton.

← What Works: The Y, Fred Rogers and Lessons in Leadership
Grieving the Death of a Company →