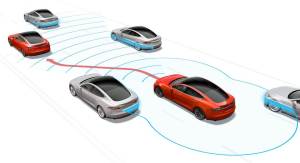 When I am not working on robots or playing with my children, chances are good I am driving – or reading about driving – cars. So it is no surprise that I read with great interest the news from Tesla about Autopilot. On Oct. 14, Elon Musk and the team at Tesla brought semi-autonomous driving to owners of Model S and Model X – through a release of software. With just the push of a button, Tesla changed a car that you drove to one that now – under certain conditions – drives for you.

For a software guy like me, Tesla’s breakthrough illustrates just how far the power of software to change almost everything about how hardware works has come. For more than 130 years, cars have been about motors, transmissions, and suspension systems. Now, software rules. In the case of cars, it will forever change what it means to drive. I see it, too, in the world I live in – where the truly incredible innovations in robots are being driven by a new class of software.

Of course, we can’t have automation without the physical robot – after all, the arms still have to be there to complete the task. But the mass adoption of robots over the next 5 years is not going be driven by the hardware. It will be driven by software that goes well beyond the code that programs the robot to perform a specific task to define everything from how robots interact, perform and deliver value.

Changing What it Means to Be a Robot

All of these advances are already changing the way manufacturers deploy automation – bringing robots that improve efficiency and productivity to tasks that have been out of the reach of traditional industrial robots. Companies like GE, Jabil and Donnelly Manufacturing are using robots in complex, varied and low-volume, high-mix environments.

The amazing thing about software is that – unlike hardware – the possibilities are infinite and the costs are much lower. As we’ve seen with our phones and now cars, improvements come without additional cost. So too, will robots improve how they work and what they are able to do with software upgrades. You won’t have to buy a brand new robot every time you need it to do a new task, as you once did with traditional robots.

As the 4th Industrial Revolution takes hold and factories of the future run more and more on autonomous machines, robots will be an integral part of the fabric. These robots will be able, not only to perform tasks, but also to collect data on the performance of the task and analyze it for interpretation and action by human colleagues. The now nascent field of cloud robotics will allow the knowledge robots gain to be shared with other robots, creating a way for robots to train robots. With the advances made possible by software, robots will make themselves, their processes and the products they produce better.

Manufacturing is changing. Robots are changing. Every day, we see new possibilities for product transformation processes as customers push the boundaries to reach a new level of productivity and efficiency – and ultimately – innovation and growth. Where do you see potential for software-driven robots? Share your thoughts with me @jim_lawton.

← When Humans and Robots Work Together
Think You Know Industrial Robots? Think Again. →